A Unity and Arduino version of popular game Cooking Mama! I made two felt fabric controllers (one spam, one steak) shaped like food and put sensors in them. When I first learned how to use an Arduino, one of my first instincts was to connect it with Unity. At first, I had trouble coming up with an idea for a unity + arduino experience that would leverage the advantages of both. Ultimately, I was inspired by Cooking Mama, a game that I had loved in my childhood. I was excited by the idea of enhancing the game experience with a physical controller. How will a felt knife and a felt steak compare to a Nintendo stylus? Will it make it more fun? Will it be the same? I love the idea of making alternative experiences, and this was a way of exploring that. Thank you to Sidney Church for helping me connect the Arduino to unity and for all of the Arduino help! 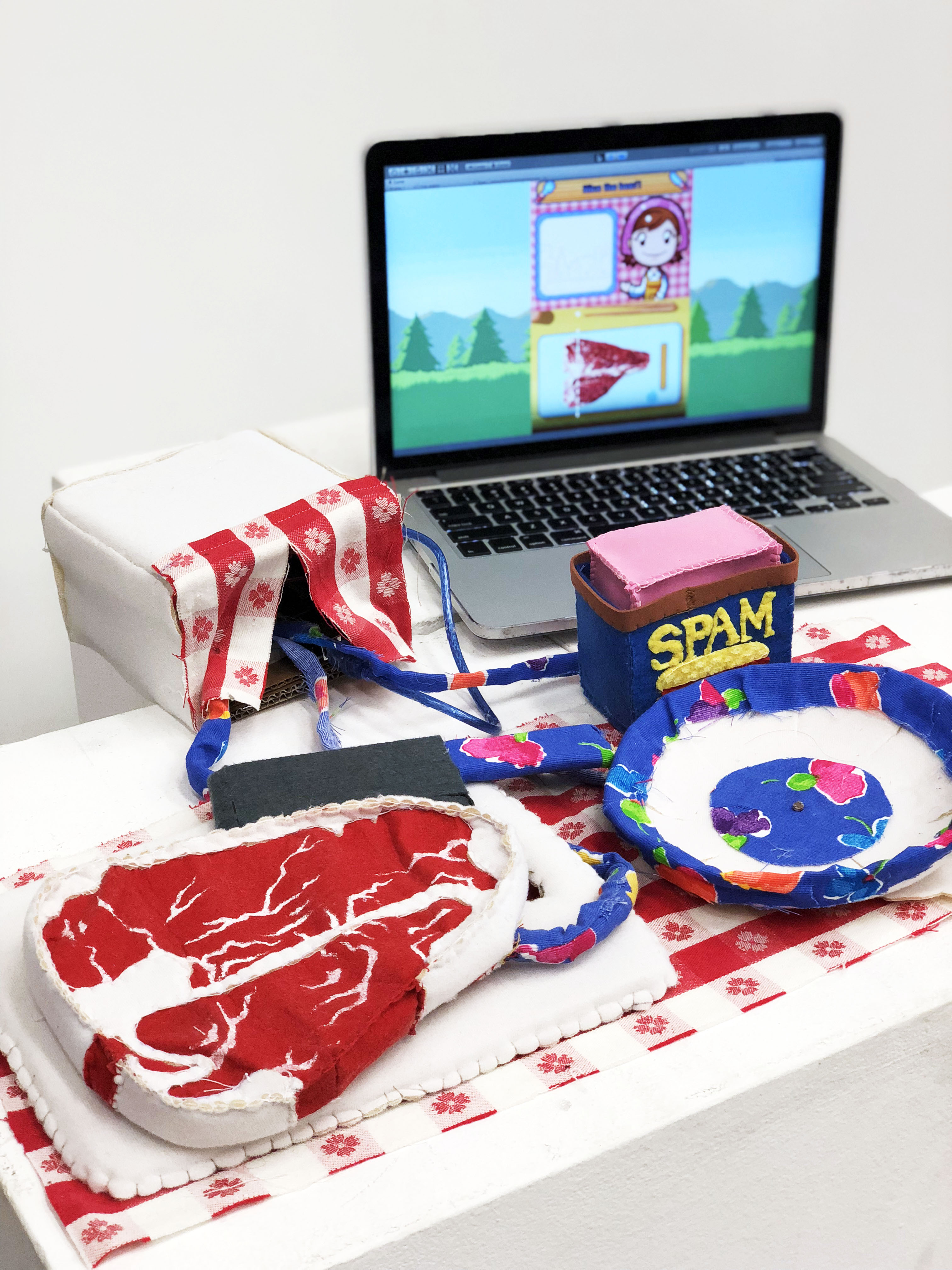 The look of the felt fabric food controllers was inspired by Lucy Sparrow's Sparrow Mart, a supermarket made up of food made from felt. You can find the code here. The steak controller contains six buttons attached to a breadboard. On top of the buttons, I laid flat acrylic boards that I cut into sections so that the buttons could have a greater range of influence. The spam contains a photocell that can tell when you remove the meat, and the bowl also contains a photocell to detect when the meat is placed inside. For the unity part, I am sending the information from the Arduino to serial port, which unity then reads from. 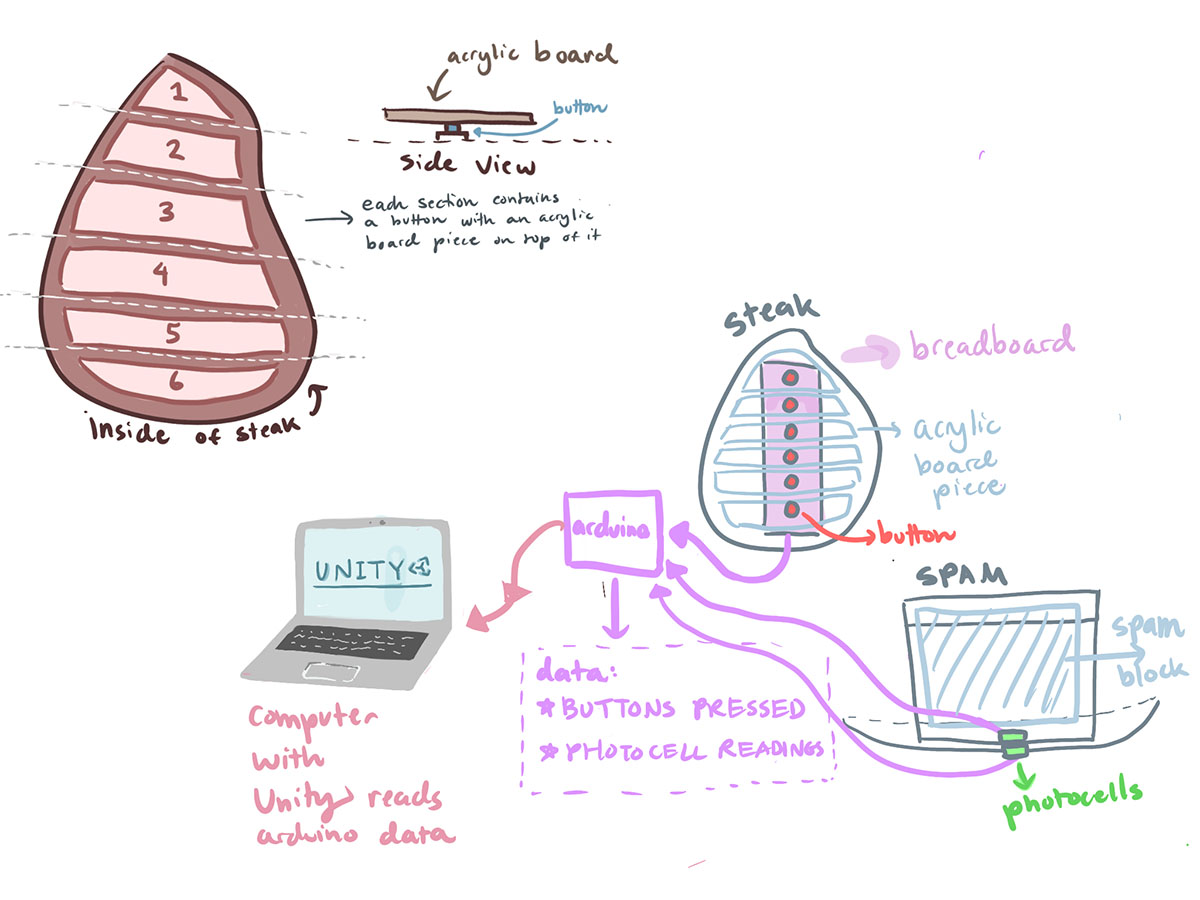 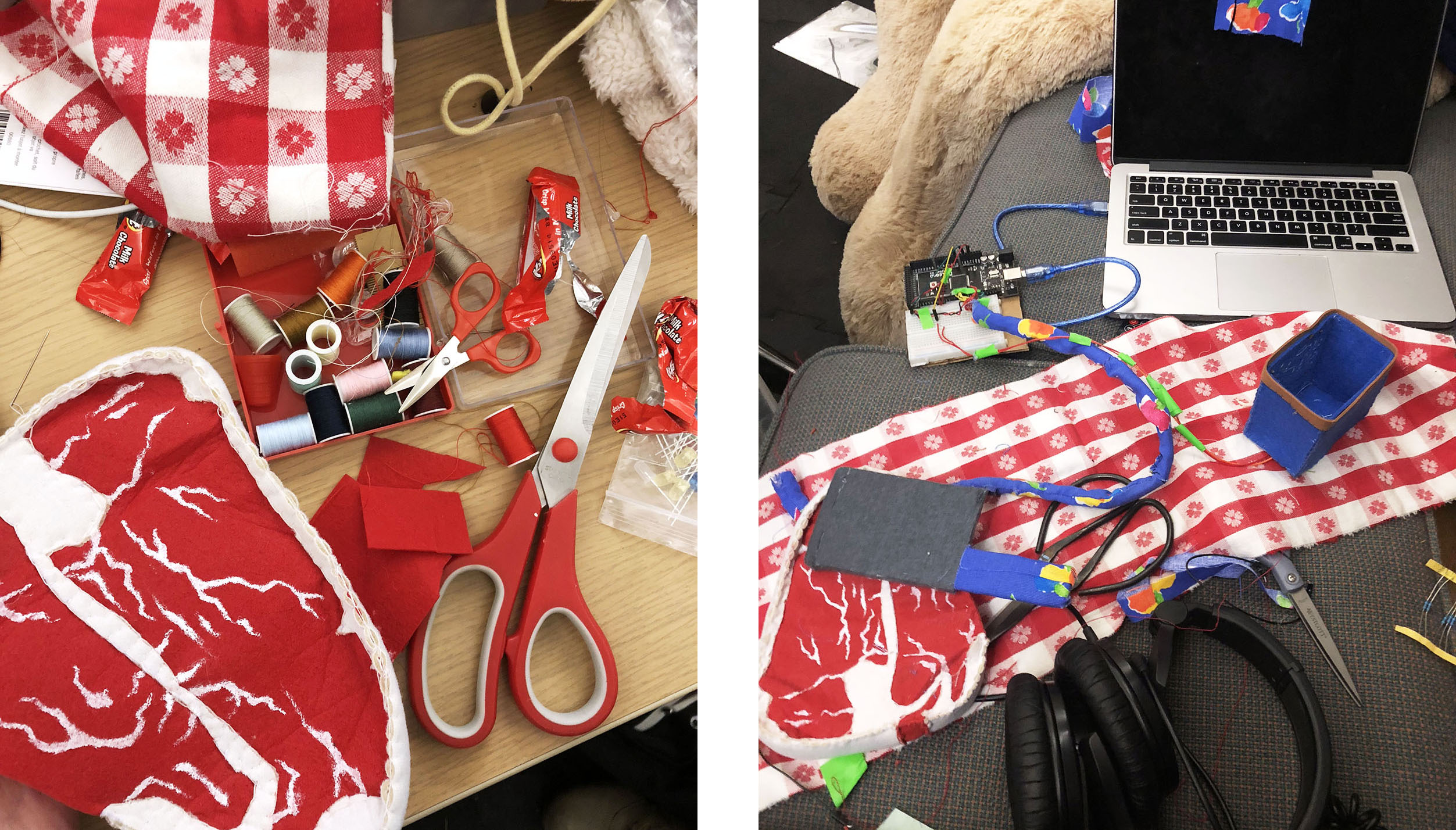